Susannah Martin and the Salem Witch Trials of 1692 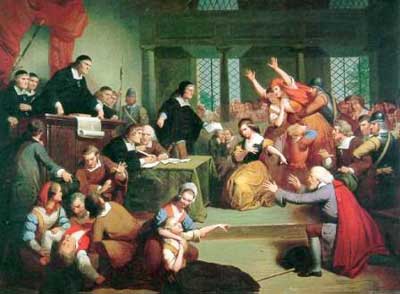 The Witch Hysteria in the Puritan World

When the devil was thought to be behind every misfortune, it isn’t difficult to understand the witch hysteria taking shape in the repressive, Puritan society of Salem, Massachusetts.

January 1692
The troubles began in January, 1692 when eight young girls in Salem Village (now Danvers, MA) became ill. The girls suffered from convulsions, delirium and developed strange skin afflictions. The townspeople of Salem desperately searched for an explanation. Their conclusion was the girls were being bewitched. And then the finger pointing began.

Susannah (North) Martin
Susannah (North) Martin was born in England about 1621, the daughter of Richard and Joan (Bartram) North. Susannah was living in Salisbury, Massachusetts in 1646 when she married widower, blacksmith George Martin, with whom she would have eight children. Later, they came to live in the new town of Amesbury, Mass.

Accused of Being a Witch Three Times
The contentious Susannah was accused of being a witch on three different occasions; first in 1661, and later in 1669. When the Salem witch hysteria broke out in 1692, it was inevitable that she was again accused. By this time her neighbors were so upset with her because she was outspoken, she had a temper and she did not care what people thought of her.

Arrested May 1692
Susannah was arrested on May 2, 1692. She proclaimed her innocence throughout, but at the trial’s end, Susannah Martin, age 71, was found guilty and sentenced to hang on Gallows Hill in Salem Village on July 19, 1692 along with Sarah Good, Elizabeth Howe, Rebecca Nurse and Sarah Wildes.

The Ergot Poison Theory
In recent years, another theory has been presented that the bewitched accusers of Salem had in fact suffered hallucinations and other bizarre symptoms cause by ‘Ergot’ poisoning, a fungus affecting the rye crops. Ergot poisoning can't explain all of the events that happen in Salem in 1692. Some of the behavior exhibited by the accusers probably was the result of mass hysteria. Others point to revenge and even fraud, as some of these women owned valuable property.

Pressed to Death
When it was over, nineteen men and women were hanged and one man, Giles Corey, was pressed to death with rocks. Four others died in jail awaiting trial. By May 1693, all the people accused of witchcraft that were still jailed were released, but only after jail and court costs were paid. This finally put an end to the hysteria of the 1692 Salem Witch Trials, but not with its fascination. 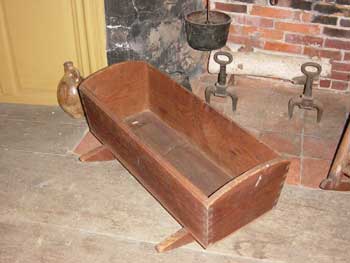 Displayed at the Macy-Colby House is the wooden cradle that belonged to Susannah Martin (1621-1692). She and her husband George were among the first settlers of Amesbury, Massachusetts.

The 17th-century witch hysteria only lasted about a year, but our fascination into this grim period of New England’s history continues to this day.